Jacqueline Chan is a partner in Milbank’s Singapore office and was previously resident in the firm's Hong Kong office.  A recognized leader in her field, Jacqueline regularly represents many of the largest private equity and sovereign wealth funds, corporations, investment banks and financial institutions on complex restructurings, international M&A leveraged and acquisition finance transactions across the globe.

David H. Zemans is the Managing Partner of the firm's Singapore office and Milbank’s Asia Practice and a member of the firm's Global Executive Committee.  David has been based in Singapore since 1997 and has extensive experience advising clients on many of the largest and most complex cross-border restructurings to have been successfully completed in Asia.

When Singapore enacted its new and ground-breaking regime – there was much “what if” and hypothesising, as well as optimism for the potential internationalisation of the regime. Now that there have been cases, it’s possible to be more forensic. What has worked, what needs to work better, and is the reform achieving what it set out to do? In this panel, our authoritative voices will provide the last word on the current state of play.

This session will discuss:

The opportunities in the Indian market are generally seen to have expanded significantly, chiefly due to the establishment of the Insolvency, Restructuring and Dissolution Act. In this session, our esteemed panel will overview the latest developments in India’s market.

Topics that are expected to come up include:

In Oxford Union style, we will hear teams of debaters argue in favour of, or against, a motion in a lively back-and-forth. The audience will play a part in the decision through a live vote and will be encouraged to grill the panellists with further questions. Judges will then voice their opinions on what has been heard, before choosing which side to support and giving reasons for their decisions. 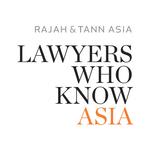 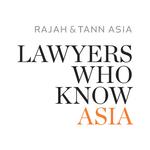